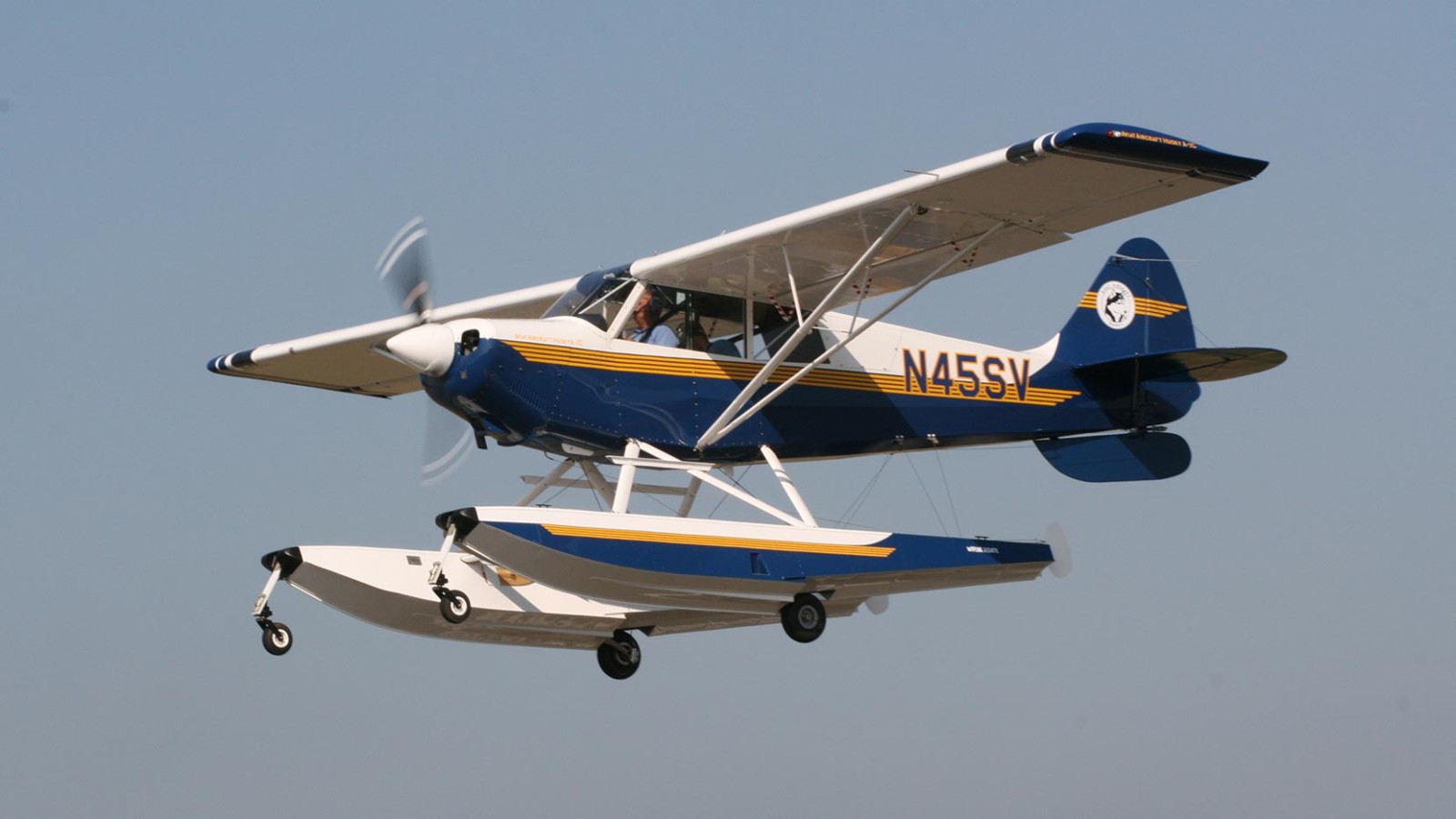 Tips for the Amphib Pilot

Not so long ago, most seaplanes were straight float airplanes. The words “straight floats” have evolved as the result of amphibious float airplanes dominating the market. Now our descriptive language has changed to distinguish “amphibs” from “straight floats”. Adding the freedom of landing on runways and water minimizes the pilot’s requirement to plan for the future in terms of places to land and places to get fuel. It also adds the requirement for a complete understanding of the float systems and a complete appreciation for the potential for disaster. At the surface, the advantages are clear and the operation seems simple. Scratch the surface and we find a large number of pilots who have landed their amphibian airplane with the landing gear in the wrong position for the surface intended. As we review these accidents, a trend emerges. We find no new reasons for these accidents. Different people are making the same mistakes over and over again. Almost every case involves pilot error. If we realize that the human being is the weakest link in this system, we know where to go to work on the problem.

Therefore, we will proceed by:

Identifying the Problem
Landing on a runway with the landing gear up usually results in little more than damage to the float bottom protected strip. The problems could be worse depending on the quality of the landing but, in most cases, not fatal. Conversely, landing in the water with the landing gear in the down position almost always results in an overturned airplane. Approximately 50% of these accidents are fatal with aircraft damage ranging from totally destroyed to no damage other than damage to avionics due to the insult of water.

Understanding the Problem
Most of the late model float systems come with audio warnings exclaiming landing gear position prior to landing. This system is triggered by airspeed and is adjustable by a qualified maintenance technician. This system should be used as an added safety feature but should not be used to replace good operating practice. In simple terms: DO NOT USE THE GEAR ADVISORY SYSTEM AS A SUBSTITUTE FOR CHECK PROCEDURES.

Understanding the Problem Continued–
Most of the accidents involving landing gear position problems are caused by pilot error. Most involve something that takes the pilot away from standard procedures such as:
Any distraction.
Pulled circuit breakers.
Focusing on a challenging or new landing area.
Communicating with passengers.
Some perceived or unrelated mechanical problem.
Preoccupation with weather or wind.

Fixing the Problem
During this training, your instructor will place emphasis on pre-landing check procedures. Specifically, a gear check should be accomplished 3 times prior to landing. TRIPLE-CHECK REDUNDANCY IS ESSENTIAL. The last check should be used on final approach and includes a comparison with the gear position lights and the intended landing area.
Example: “Blue lights, blue water.”
“Green lights, green grass.”
THIS PROCEDURE MAXIMIZES EFFECTIVENESS BECAUSE IT IS NOT AN ABSTRACT.

Your instructor will ask for verbal expression from you confirming these checks are, not only done, but called out loud as well. Your instructor will be kindly relentless concerning this subject. We want you to have a safe and successful experience with your floatplane. We will expect you to begin and end with these three things in mind:

Affective Domain- The pilot must first understand and believe the potential for a landing with the gear in the wrong position is a PILOT PROBLEM.

Cognitive Domain- The pilot must have a complete understanding of the landing gear systems.

Psychomotor Domain- The pilot must be able to fly the airplane skillfully while using landing gear check procedures as a habit. 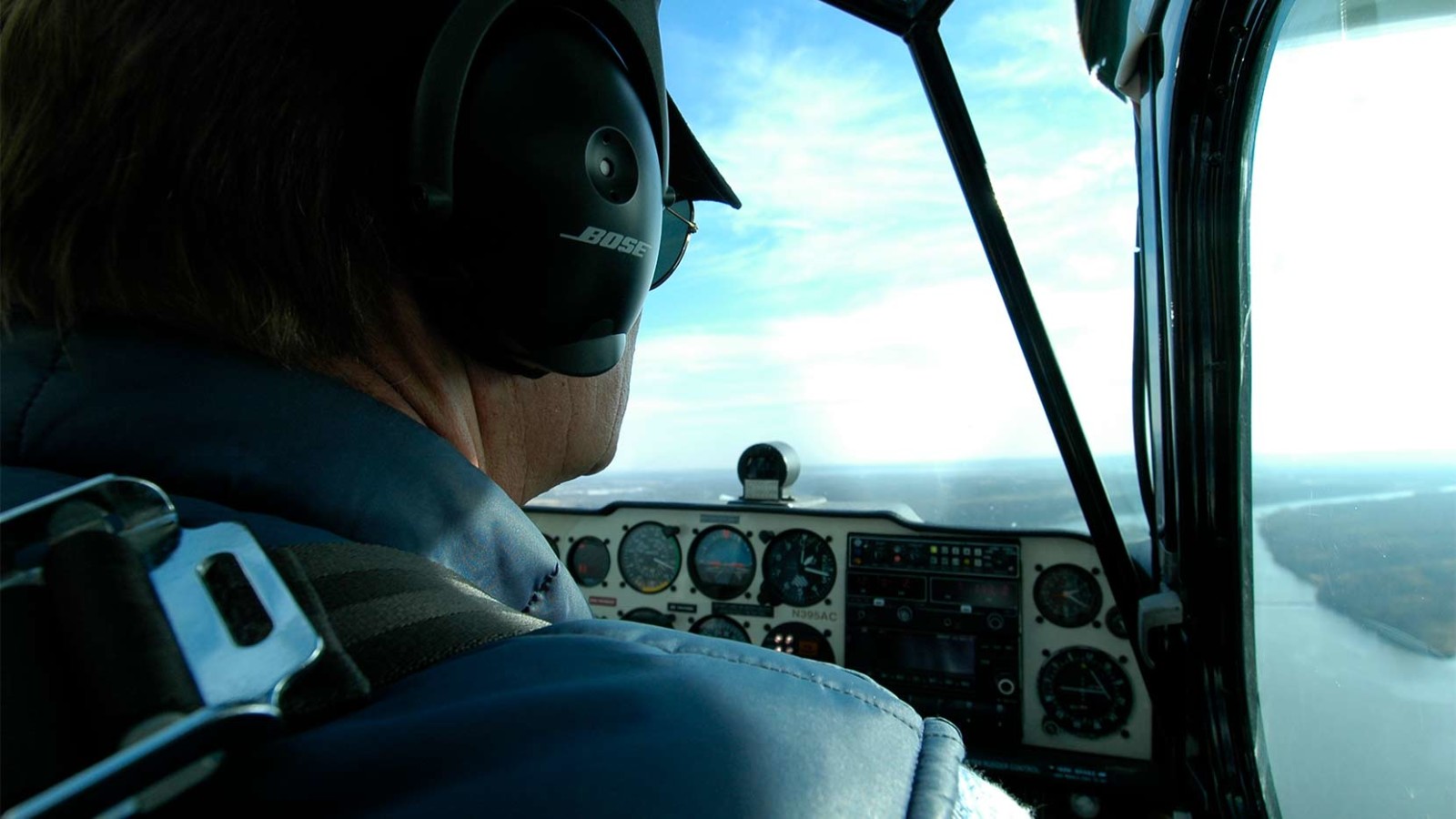 Type those words into your favorite search engine. Over sixty million results will appear. This says that “risk-benefit analysis” is a common and well known term in our language and culture. We all know what it means: weighing the risk against the benefit derived from the act of taking the risk. Of course, this means if there is no possibility for benefit, there is no reason to take the risk. We all understand this and use the principle in our daily lives.

Why is it, then, that very few of us express the language or even the philosophy of risk-benefit analysis while we are flying our seaplanes? It’s there implicitly but we seldom talk about it. We have many more opportunities to use risk analysis in seaplanes than our landplane counterparts because we have the freedom of making more choices for our take-offs and landings. For example: “I want to land somewhat close to the dock so I don’t have a long taxi.” The area around the dock is loaded with boats and jet skis coming and going. The risk: possible collision with a watercraft. The benefit: save six minutes. If we begin by expressing our risk benefit analysis to ourselves, often we find the benefit is very small for some rather large risks that we are willing to take. As I read accident reports and convert pilot error accidents to risk-benefit analysis language, I can’t help but wonder if the pilot would have made a different choice if he or she would have taken a few seconds to think about possible outcomes using risk-benefit analysis. 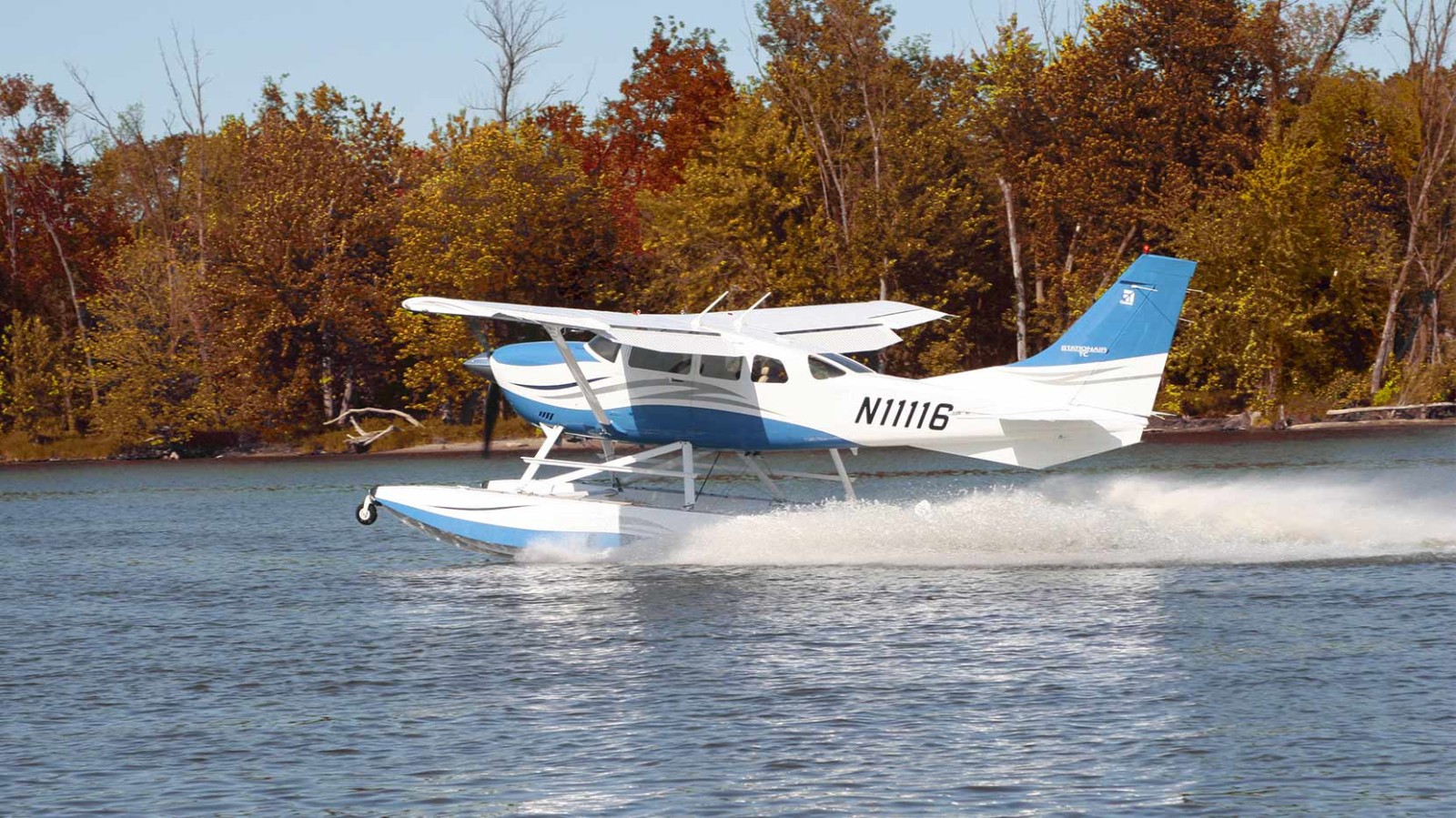 The season is changing but winter is not yet upon us. There is still a lot of great seaplane flying weather before we pull out the skis. There are fewer boats on the lake this time of year and colder water; less boat traffic doesn’t bother us but colder water is a concern. This is the time to wear that PFD. Great—you say—how long will I last bobbing around in 45 degree water with fewer boats on the lake to save me? Not very long unfortunately. Take a look at these useful references regarding cold water survival. This is an eye opener and a true reality check on how the human body does not do well immersed in cold water. To learn more about surviving cold water emergencies visit: www.coldwaterbootcamp.com

1-10-1 is a simple way to remember the first three phases of cold water immersion and the approximate time each phase takes. 1 – Cold Shock. An initial deep and sudden Gasp followed by hyperventilation that can be as much as 600-1000% greater than normal breathing. You must keep your airway clear or run the risk of drowning. Cold Shock will pass in about 1 minute. During that time concentrate on avoiding panic and getting control of your breathing. Wearing a lifejacket during this phase is critically important to keep you afloat and breathing. 10 – Cold Incapacitation. Over approximately the next 10 minutes you will lose the effective use of your fingers, arms and legs for any meaningful movement. Concentrate on self rescue initially, and if that isn’t possible, prepare to have a way to keep your airway clear to wait for rescue. Swim failure will occur within these critical minutes and if you are in the water without a lifejacket, drowning will likely occur. 1 – Hypothermia. Even in ice water it could take approximately 1 hour before becoming unconscious due to Hypothermia. If you understand the aspects of hypothermia, techniques of how to delay it, self rescue and calling for help, your chances of survival and rescue will be dramatically increased. Source: www.coldwaterbootcamp.com